This is our latest crowdfunding project for Tacloban, Philippines. This particular project and another which will be released soon (Swim School Program) will be delivered by us when we are back on the Philippines island of Leyte during October 2015. Both projects will have a total project cost but we ideally would like sponsorship on a “per child” basis to keep with promise of providing an opportunity for many friends & followers to get involved. Read on for further details……

During a recent Tacloban aid trip, we also visited the Northern Tacloban City National High School & had the pleasure of meeting with Sir Paul. He is a senior teacher at the school & is also responsible for all sports activities at the school. We handed across a basketball & two AFL footballs as gifts for the school. The basketball was a much needed for upcoming sports competitions.

Paul also spoke about the school’s Futsal team captained by Ella who is also a Volunteer for the Visayans (VFV) sponsored child. Ella by all reports could make it easily to the National level in soccer with the right break.

Paul passionately said he truly believes “the soccer team is gradually empowering the kids to develop their talents and sports skills”. We completely understand his comments after spending time at the school during construction & form also growing up in a sporting nation like Australia.

The girls futsal (a modified form of soccer) team desperately needs a uniform to compete in a regional league. The cost for 15 competition shirt & shorts works out to be A$330. That is only A$22 per child for a custom competition shirt that incorporates the team name & logo plus matching pair of shorts.

This project is for the purchase 15 sets of competition uniforms (including team name/logo customisation) which will be donated to Ella’s Girls Futsal Team of Northern Tacloban City National High School during the month of October 2015. Any additional funds generously received over the uniform purchase cost will be used for the purchase of additional training equipment for team.

All individual sponsors will be officially recognised for their kind donation by the extremely grateful students & staff of Northern Tacloban City National High School. 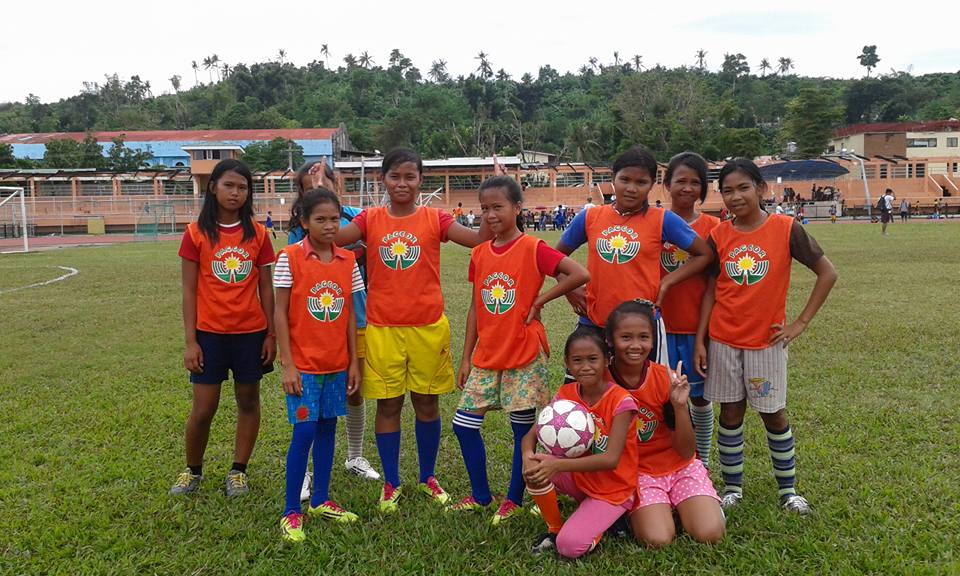