Thank you to all of those who assisted Deb & I with the 4 day swim school program held over 2 weekends in March 2015. By all reports the event was a big success. We witnessed first hand how the children were at first still apprehensive about the water but by the 4th day the kids were more confident and actually began to enjoy swimming like kids should.

Some of kids could still be carrying dark memories of Typhoon Yolanda which devastated the area in 2014. A few of them needed a comforting cuddle at times. Hopefully though we have assisted in making those thoughts a thing of the past. Their new swimming skills will help them journey through life.
Special recognition

Firstly a big thank you to the awesome team at Volunteer For the Visayans in assisting us (with a special mention to Crisel who organised the children, jeepney and found the swimming venue).

A sincere thank you goes out to the other international volunteers who gave up their much needed recharge on the weekends – your assistance was very much appreciated.

We very much appreciated the kind donation of 20 pairs of swimming goggles by Elite Swimming in Ascot Vale. These are being stored at VFV headquarters in Tacloban City for future swimming lessons.

North Melbourne Football Club also donated 20 members caps. These were distributed upon the conclusion of the 4 day event to the sponsored kids who attended the swim program. All the kids were very excited and proud to wear their new North Melbourne Kangaroos caps.

Participants
VFV carefully selected 18 of their younger sponsored Tacloban children to attend the swim program . Some of the VFV team not only assisted in and around the pool but also participated in a special adults class during each snack break. Also the other sponsored children that missed out this time will hopefully have a chance when we return in October 2015 & April 2016.

Venue
Choosing a venue to hold the swimming classes isn’t an easy task in Tacloban City. VFV negotiated with a local hotel (Leyte Park Resort) for use of their guest swimming pool for the 4 days. The cost was per head and came to a total of 12,000 peso (A$355). VFV initially secured special funding to cover this cost but we decided that the 12,000 peso could be distributed in other ways within the wonderful VFV projects (i.e. nutrition program). We decided to cover the venue cost this time and will attempt to secure some international sponsors for next time.

Group structure
The children were split into groups of 6. When it was their turn for a lesson they were all eager to learn. We discovered some really good natural swimmers. Some of our local Tacloban friends even commented that one day it would be great to see some water sport champions (maybe they will even get that local water polo team to take on the Americans one day). Oh, almost forgot to mention the fun times when the kids didn’t have lessons – it was all about having fun and being safe in the water. Fun games kept everyone entertained!

After swimming snack time
At the end of each day the kids were treated to some peanut butter sandwiches and sweet snacks. The two loaves of bread turned into four by the end of the program. The cost of these snacks were ultimately covered by the $55 raised at work (Clemenger International Freight Port Melbourne office) during the February healthy snacks pilot program. Actually the $55 stretched further to also allow us to supply sunscreen protection for the kids. Many thanks to the majority of CIF staff that participated in the CIF Healthy Snacks pilot program.

Transportation
The jeepney ride back to VFV headquarters was always full of exhausted sleeping kids. If only we could tap into those dreams….

Where to next?
Next step is to return back to Tacloban City this October to continue with some further lessons. During this visit we ideally would like to train a local VFV team member to become a support instructor. This support will become invaluable when we return next April for a week long summer vacation swim program for the sponsored children which will be incorporated in the school holidays. This will enable the children to benefit with a 5 consecutive day program.  Our next visit will concentrate on smaller groups with more emphasis on stroke techniques and a more intense water safety element will also be included.

Like to help somehow?
Feel free to contact us if you would like to offer support of any kind (refer to details on last page). Ideally we would like to remove all swimming lesson project costs for VFV so that they can focus on another great job of pre-event coordinating. We aim to cover not only the venue, equipment & lunch costs but also the transportation if we can. Any support will be greatly appreciated by all as Deb & I can’t do it all alone. 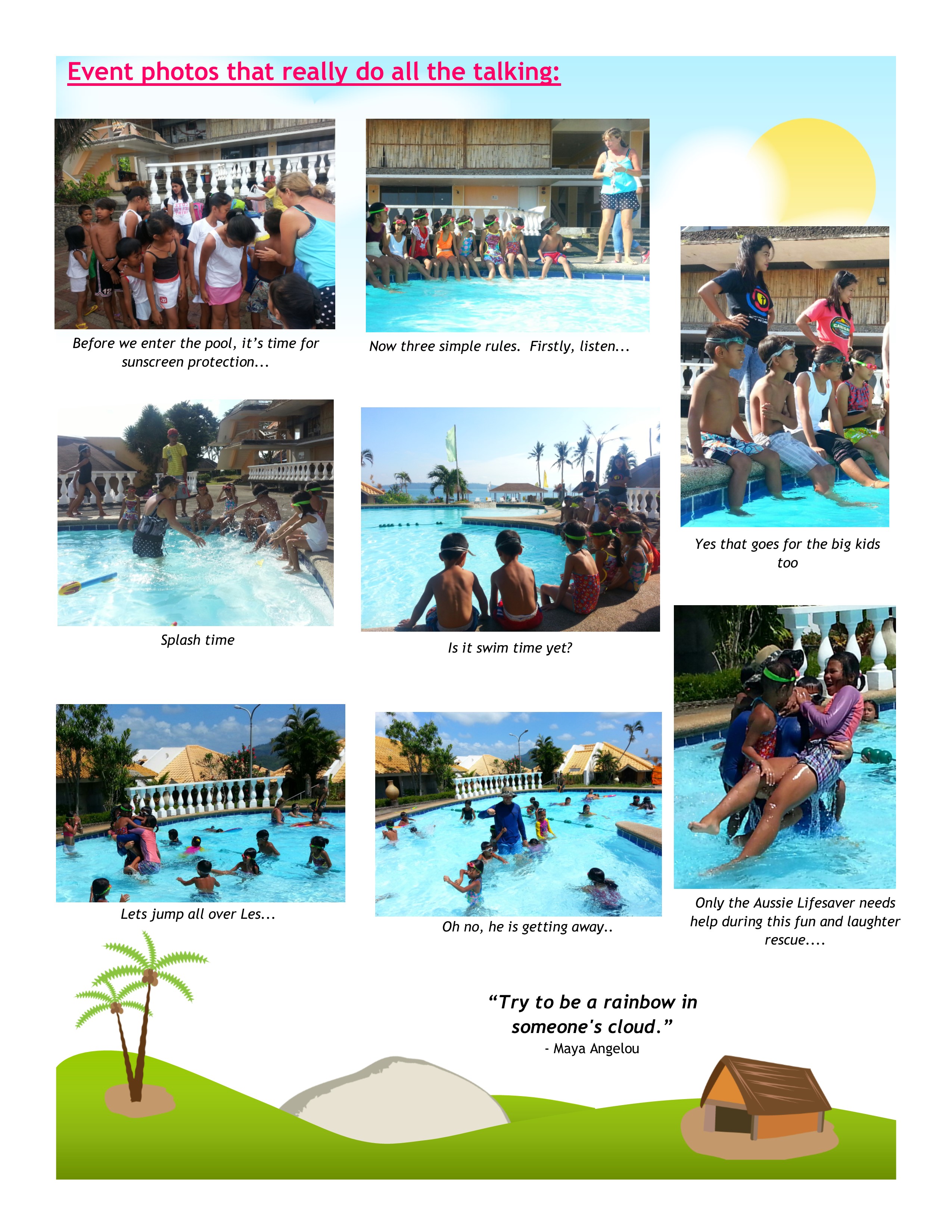 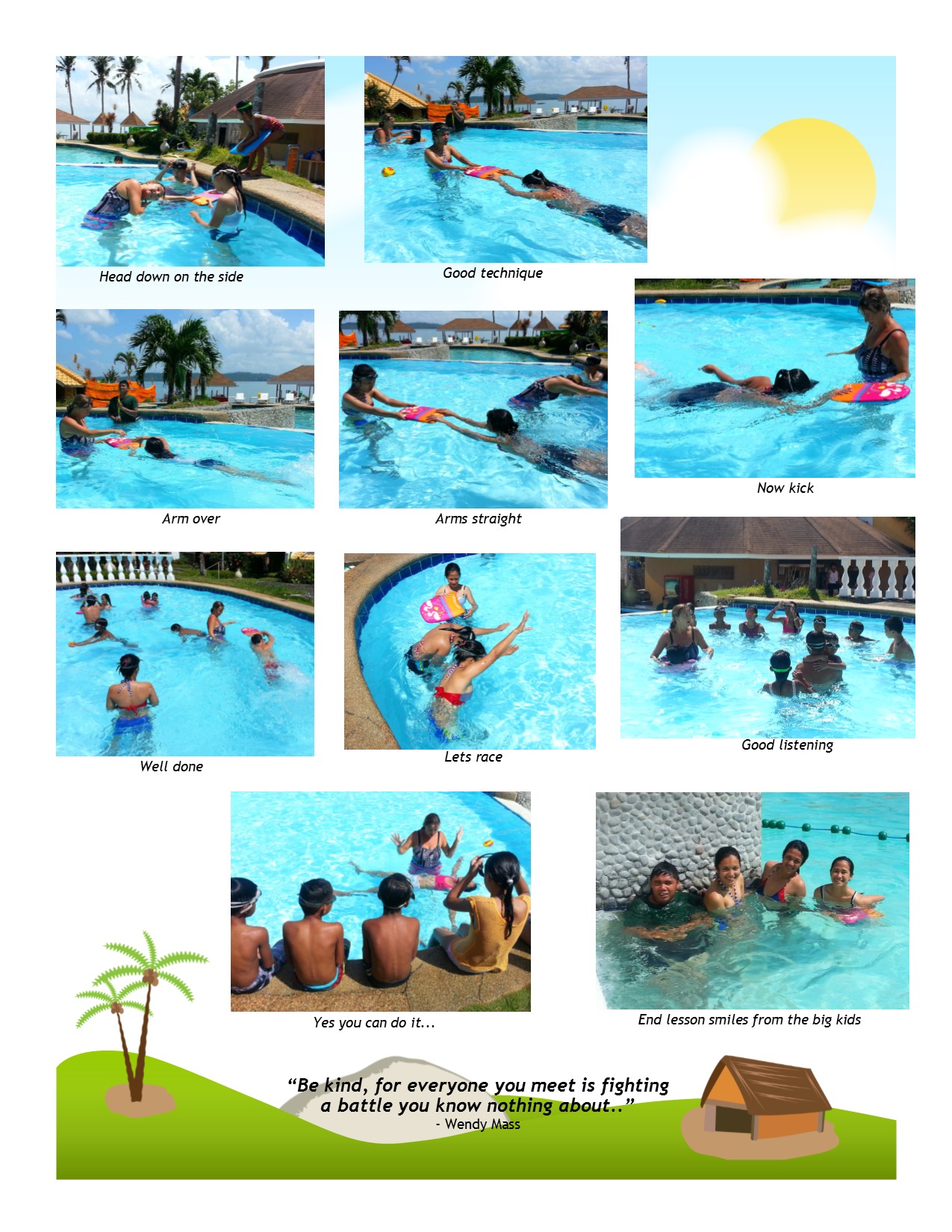 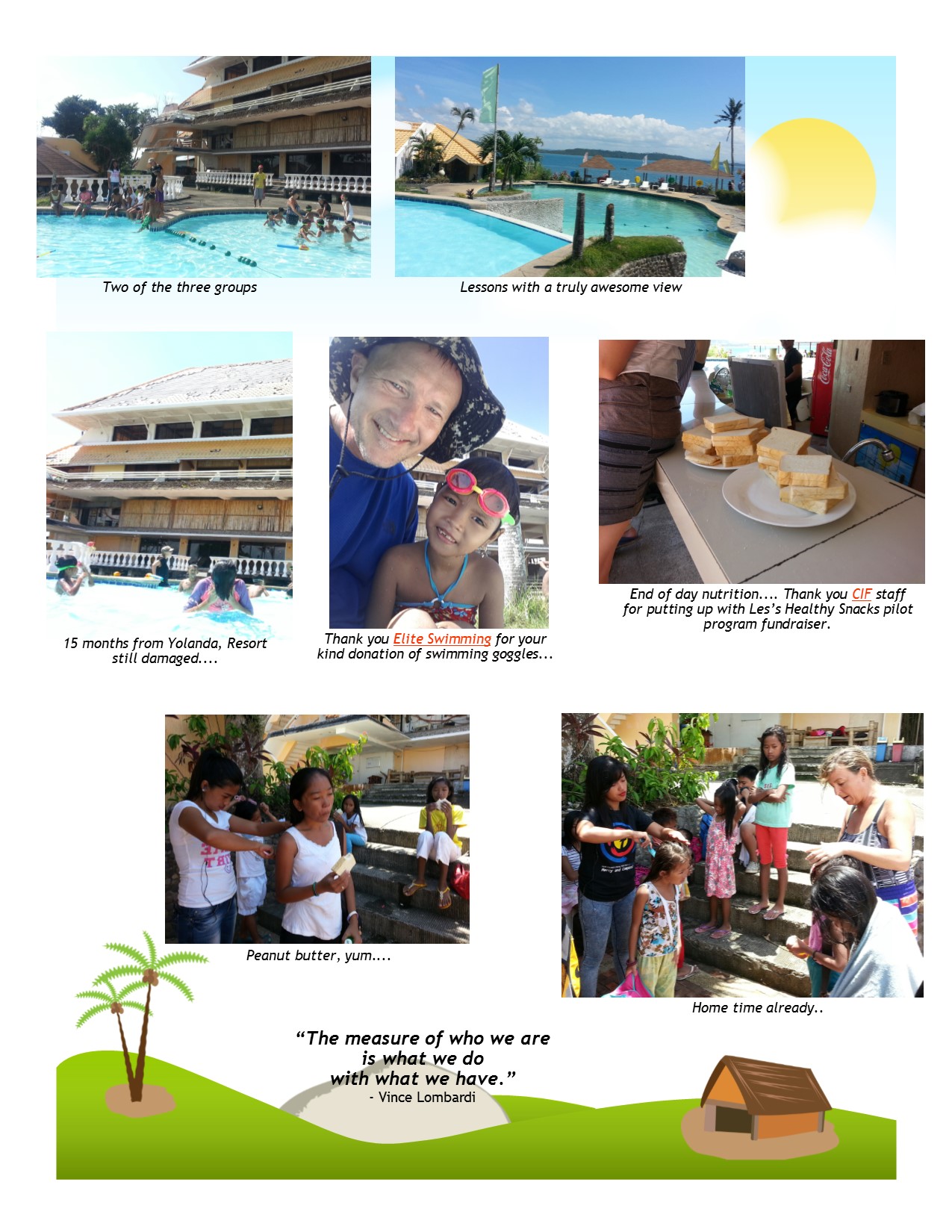 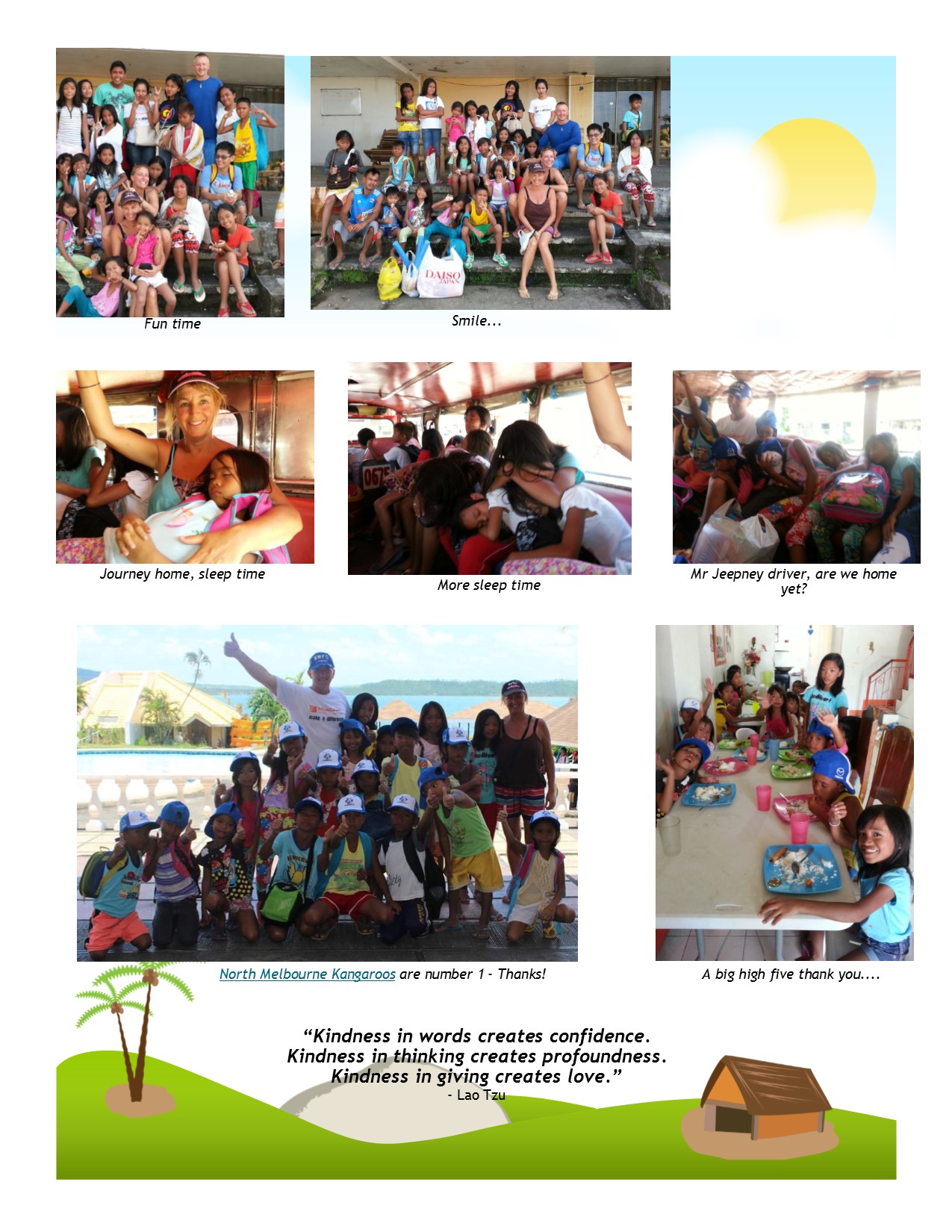